Battle against the elements 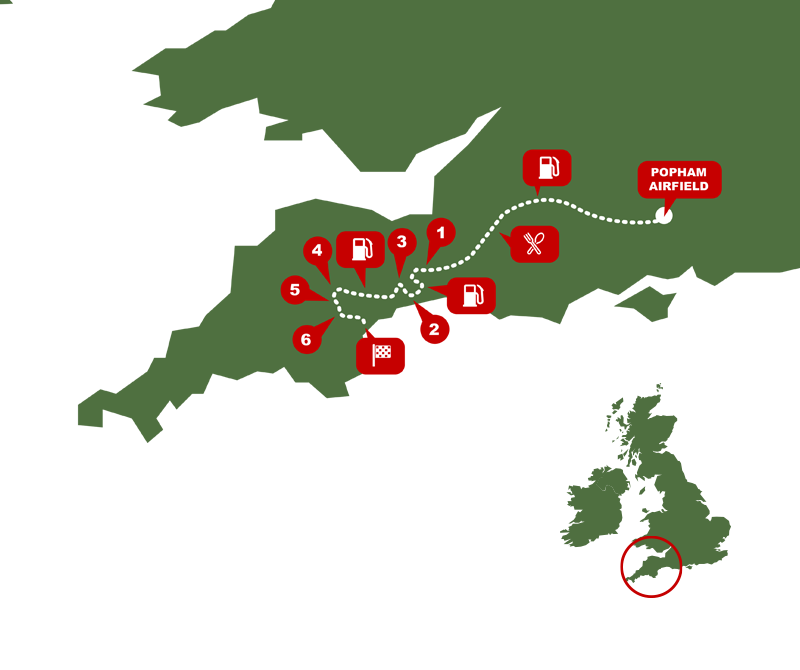 A challenging long distance trial that takes in some of England’s most historic unsealed roads.

Add the unpredictability of extreme winter weather and the Exeter Trial has become a true test of grit for man, woman and machine. 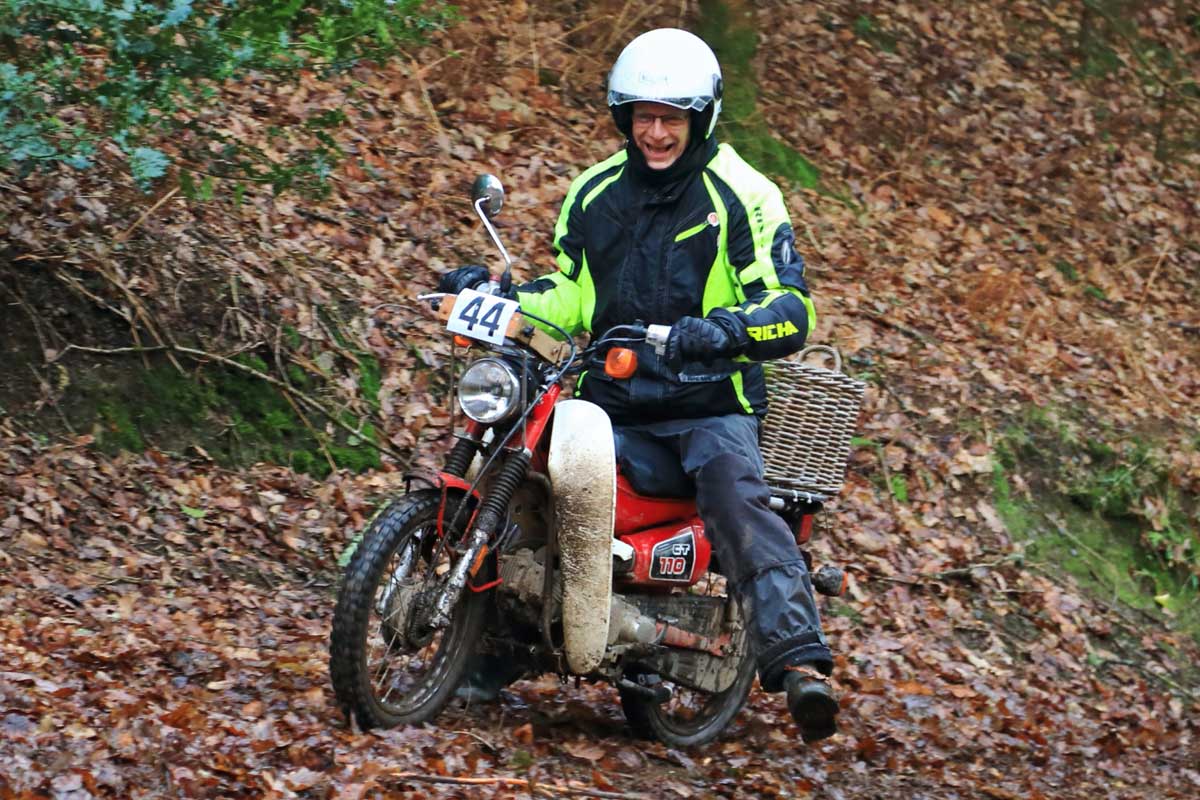 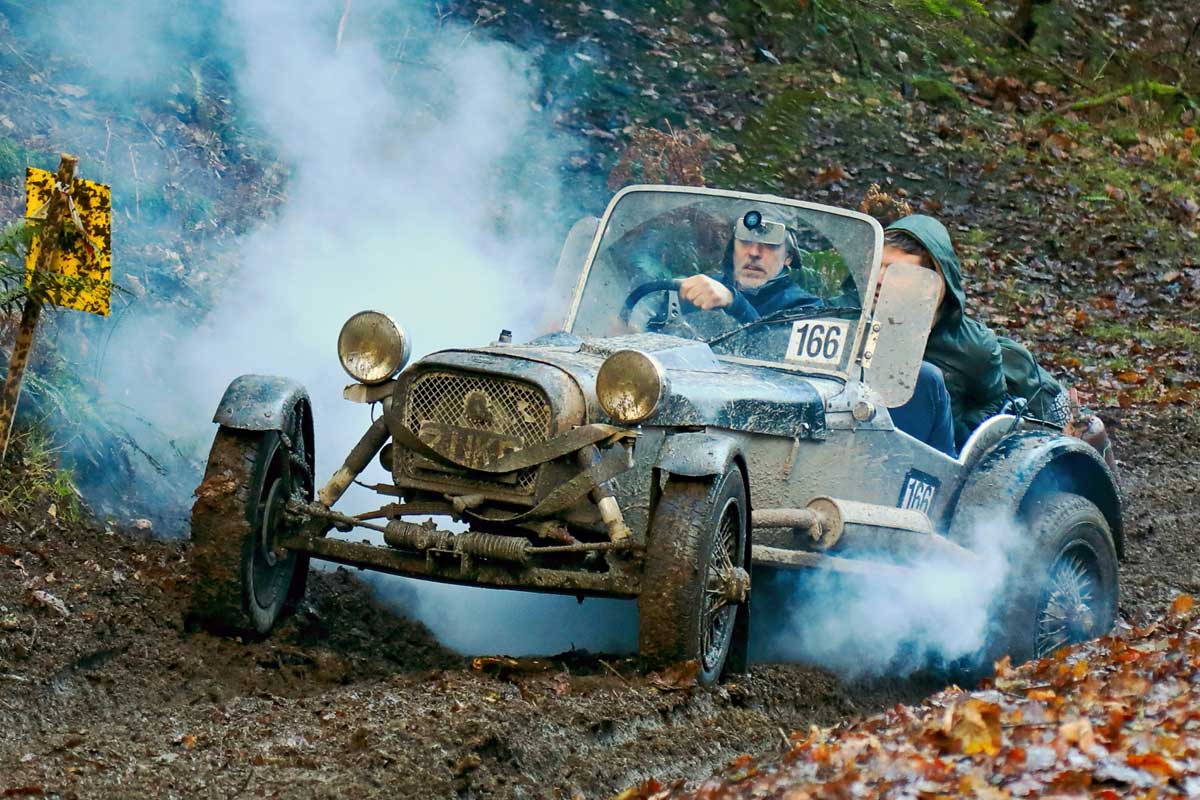 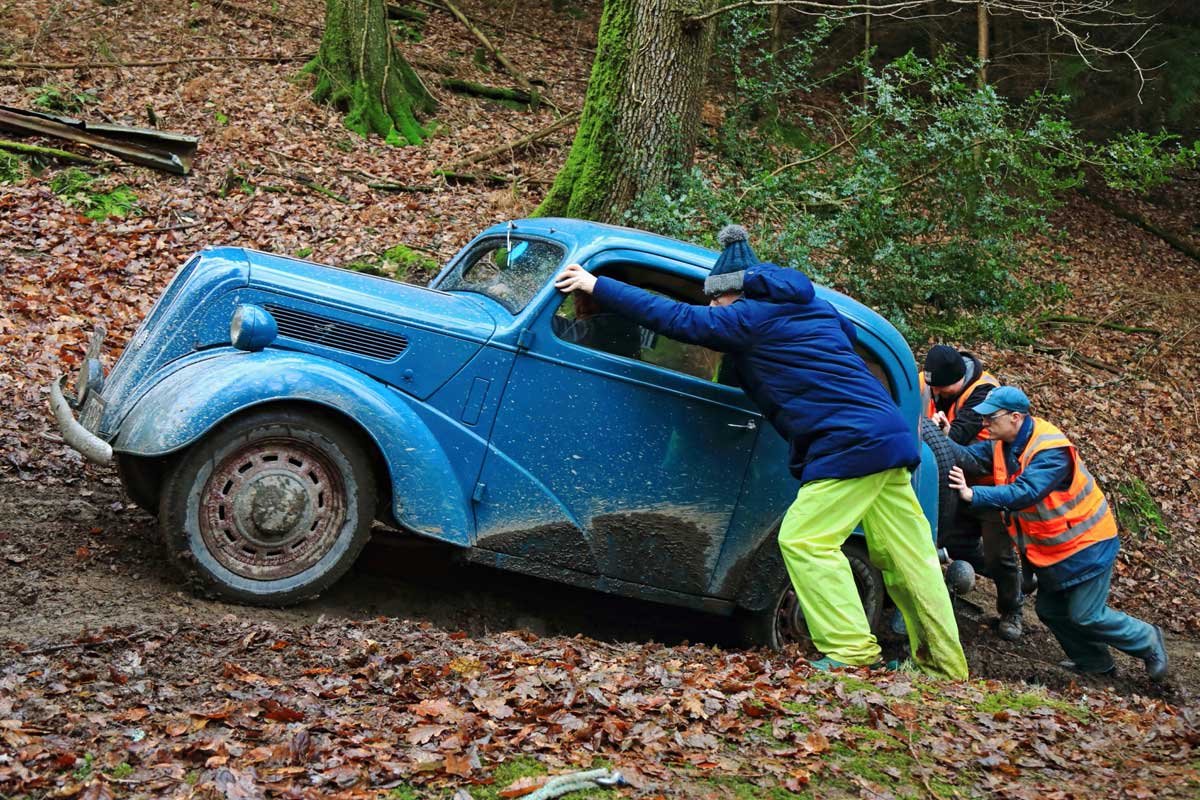 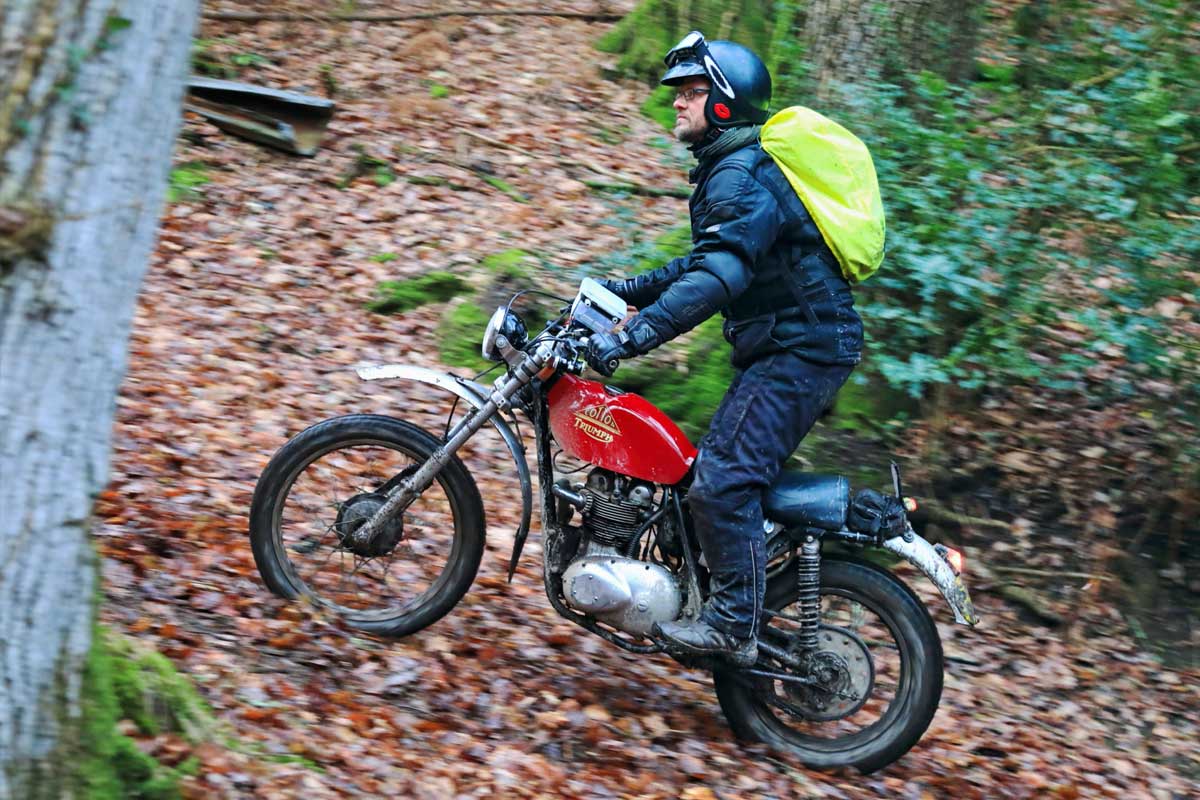 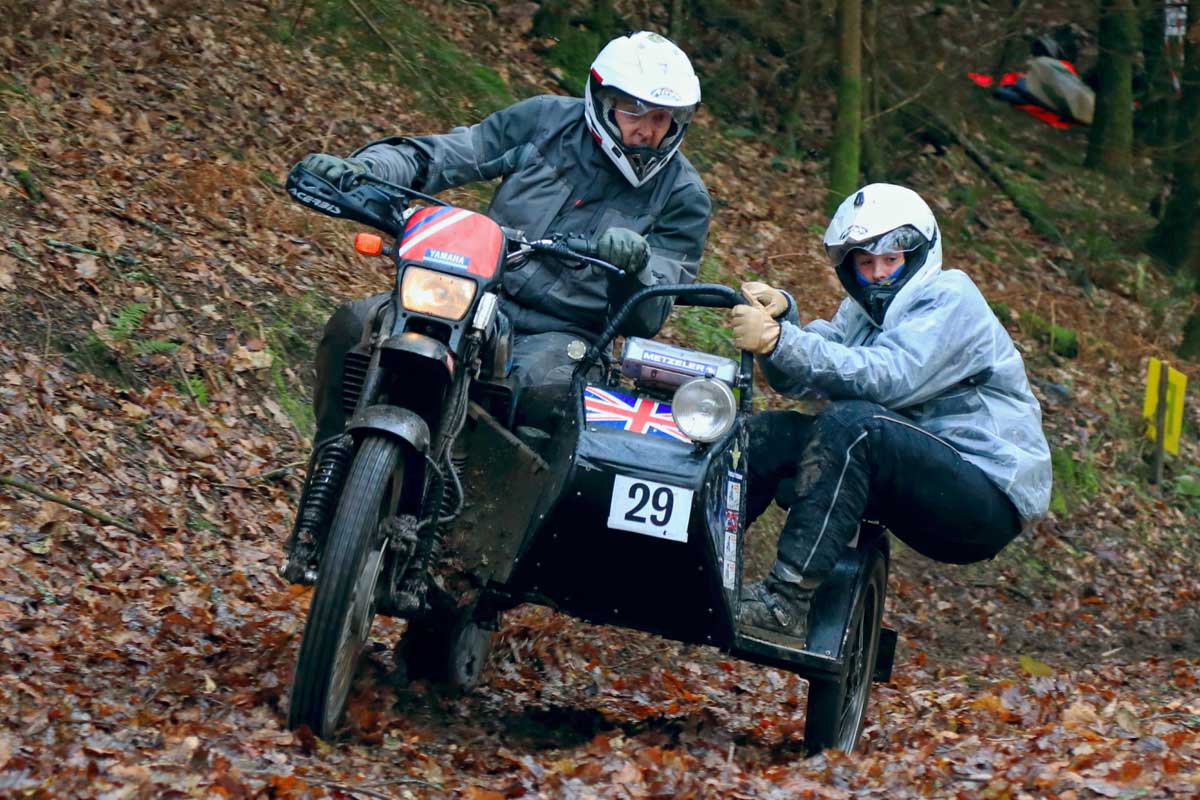 Originally promoted in 1910 as a London to Exeter (and back) reliability trial, the Exeter Trial (as it came to be known from 1935) is the newest of our ‘big three’ events, and was initially held on Boxing Day.

Now held in early January, the event is an opportunity for motorists to test their grit against the prevailing conditions on historic unsealed roads, arguably making it the most authentic of our events to its heritage.

First competitor away at 19.31 -----Routes from the three start locations at Tiverton, Cirencester and Popham converge near Frome for a series of tarmac tests before arriving at Haynes International Motor Museum in Sparkford, The ninety-plus miles of navigation required to reach the museum also gives competitors an opportunity to acclimatise to the January weather, check their machines over and familiarise themselves with the club’s written method of navigation. Haynes is the perfect venue for a mandatory one hour rest stop, after completing vehicle scrutineering and eligibility checks.

An hour of navigation through the Blackdown Hills brings competitors to the first observed sections at Green Knap lane and Burridge Common near Chard, followed by Underdown, held in private woodland near the A30. There is an opportunity to refuel in Musbury, where the garage opens especially for our event. Night sections continue with Norman’s Hump, Clinton and Waterloo – three tricky hills located within a mile of Hangman’s Stone. Norman’s Hump and Clinton are straight climbs on firm forestry tracks, though their restarts are held in their muddiest parts so vehicle positioning is crucial in order to preclude failure. Waterloo is held on a narrow, twisting unmade road where water erosion and surface camber demand full concentration from competitors. Shortly after Waterloo comes the steep woodland climb of Stretes and its nearby Core Hill observed test, which is held on an unsealed public road usually closed to motor vehicles. An observed section at Passaford helps direct competitors across the River Otter towards a well-earned breakfast (and mandatory rest) at Crealy Adventure Park.

Dawn will greet most competitors shortly after they leave Crealy for the first section at Kingswell, where a slippery farm track requires a calculated turn of speed in order to maintain traction. Some thirty minutes later comes Tillerton Steep – a memorable and historic climb requiring a good deal of momentum. Soon comes Fingle Hill – a winding, stone hill road of nearly one mile in length, which has earned its reputation as one of the most atmospheric sections in the event. Fingle is followed by Wooston Steep, a dirt forest track, which quickly saps momentum from slower motorists.

After refreshments at Ilsington Village Hall comes the section for which the trial has become famous – Simms Hill. Simms is a one-in-three (and a half) gradient slab of rock which attracts vocal spectators in their hundreds – most of which will arrive in time to see the first motorcycles and depart only when the final cars have passed through. Many MCC members will have their preferred method for Simms, but without both initial traction and a good turn of speed any choice of line becomes moot. The penultimate section of Tipley Hill is a wet, cambered and rocky climb located about a mile east of Simms. Competitors with a medal chance at this point will be understandably nervous as they approach Slippery Sam – the final section. This twisting, muddy climb is a worthy final test and car drivers in particular will need to choose their lines wisely around its hairpin bends in order to conserve momentum.

A final journey to Kingsteignton is all that remains for competitors wishing to claim a medal or finishers’ certificate – both of which will have been well earned after what can be a cold and wet event.

Both O and R class start from Haynes International Museum from 03.00 at one minute intervals. The routes are around 180 miles long.

O class offers sections on unsealed roads of a less damaging nature than the Main Trial and also shares some historic tarmac sections with R class. O class offers a great opportunity to exercise historic vehicles or provide an introduction to MCC trials. It is also more attractive to those competitors who prefer a shorter event during the Winter months. In 2022, we plan to offer at least two observed tests and 13 observed sections to our O class entrants.

By contrast R class is for any appropriate vehicle whether a historic or shopping car or road motorcycle. R class is essentially a navigation exercise using a roadbook on all tarmac roads. Successful navigation is confirmed by completing four hill restart tests and finding a series of Code Boards enroute.

Both O and R class competitors have a breakfast stop at Crealy Adventure Park and visit Ilsington Village Hall before finishing near Kingsteignton. 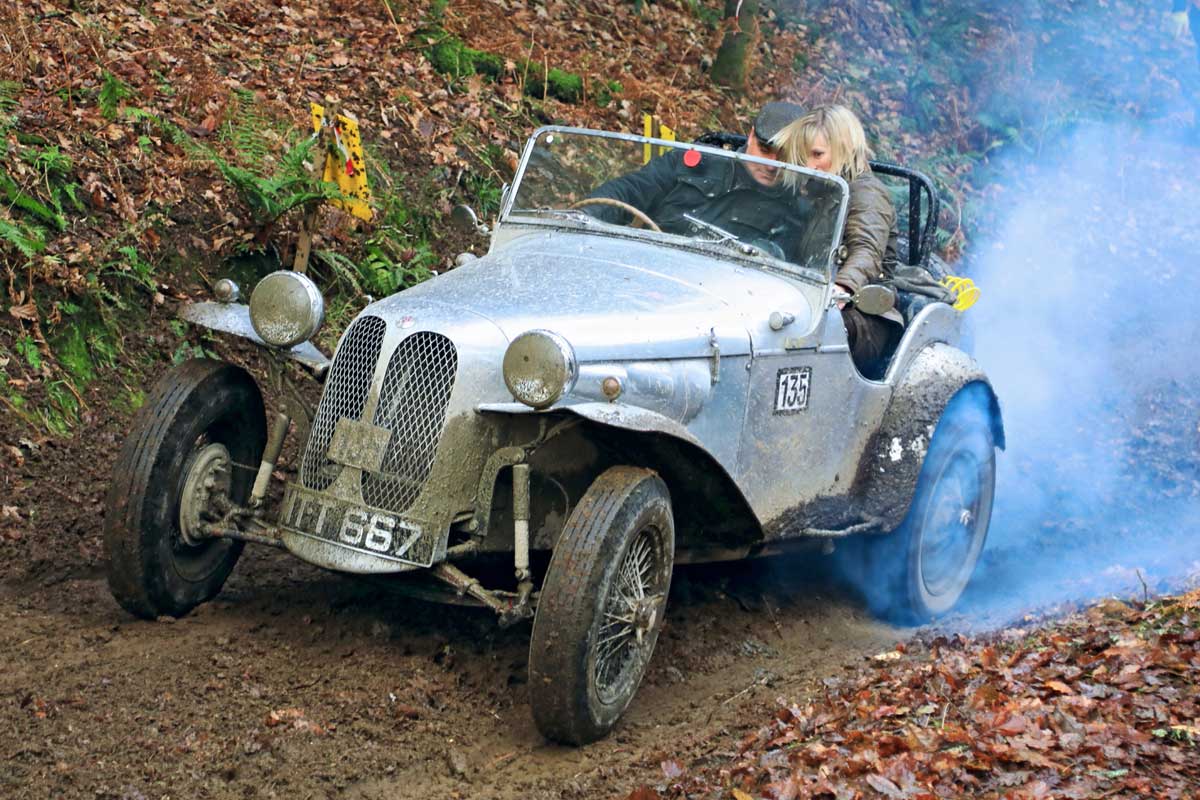 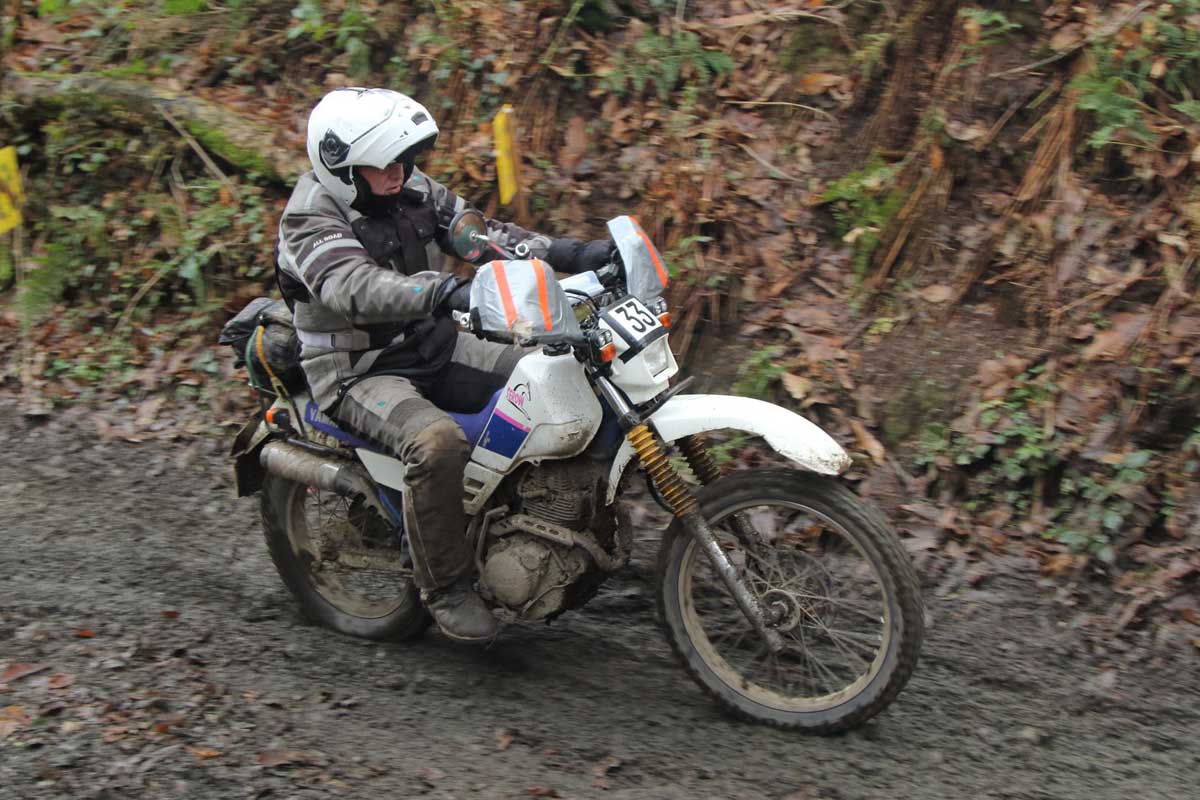 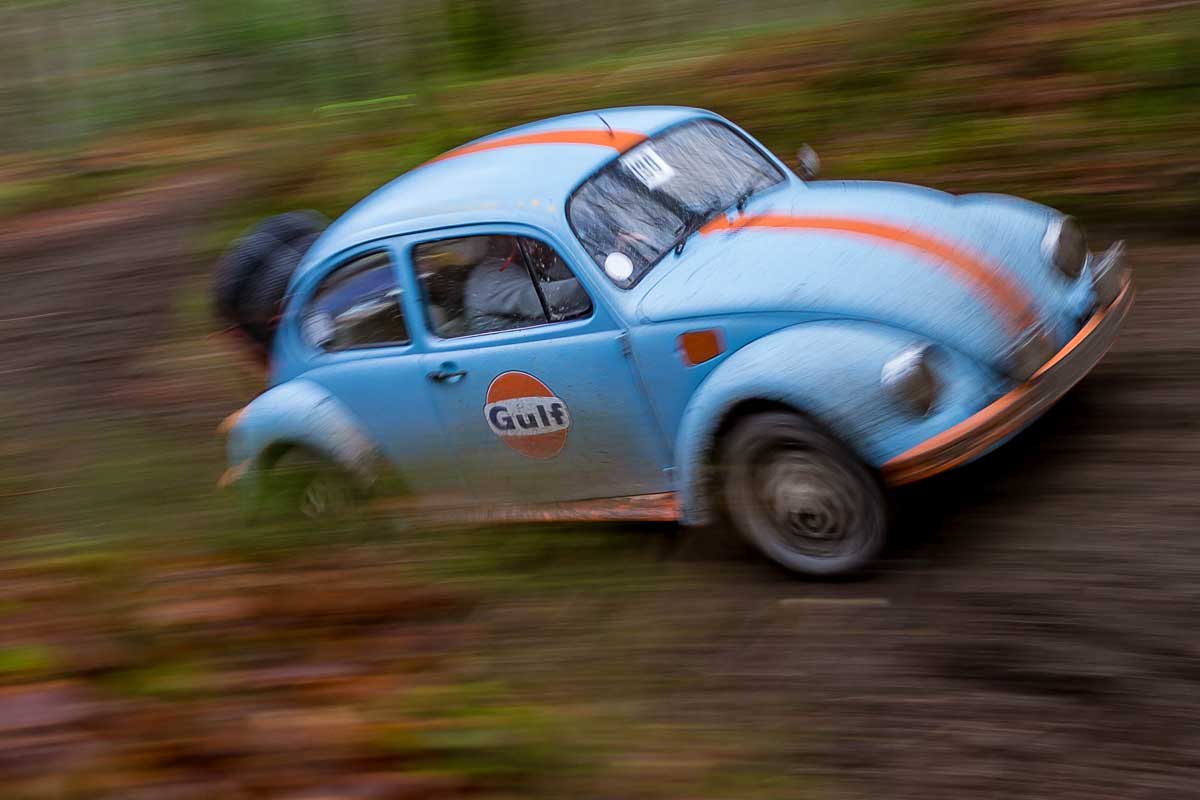 The mixture of muddy forest tracks and twisting, stony hill roads demands a broad range of driving skills from competitors seeking a medal – no two sections are alike. Adding to this the cold, wet weather of early January cements the Exeter’s reputation as our most challenging event. 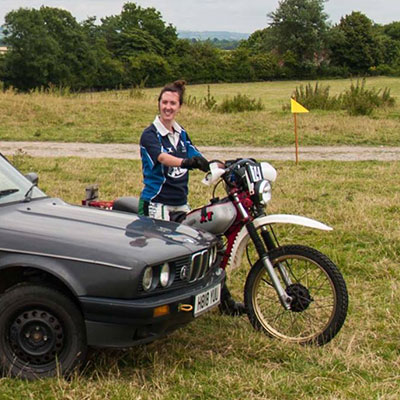 "Class O is a great introduction." 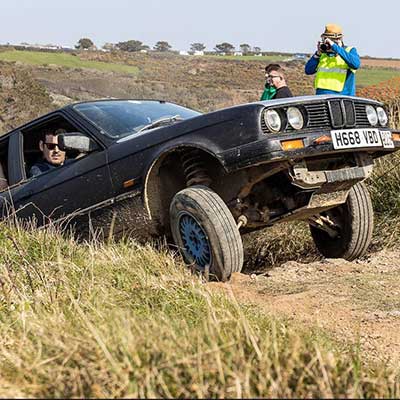 "If your not local to that area have contingency plans for recovery or overnight stay." 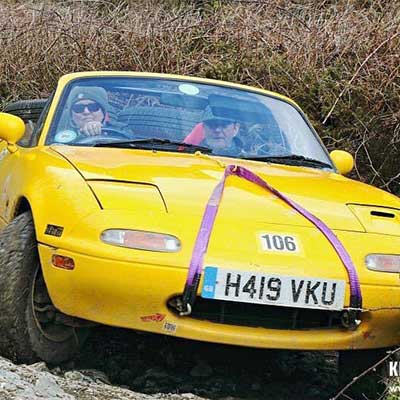 "Learn to come back down a section backwards in control ..engine off use hand brake, in gear."