Motorsport in the countryside

The MCC has used the unsurfaced roads of Great Britain for its events for over 100 years. However, the club is only too well aware that there is increasing pressure to restrict or ban all motor vehicle activity away from the tarmacked road. This has been reflected in recent legislation, most notably the Natural Environment and Rural Communities (NERC) Act 2006. Over many years the Club has paid scrupulous attention to liaising with the public who live along the routes taken by its trials, with MCC event organisers spending countless hours in discussion with various officials.

The lanes and tracks we use

Although most of the routes of our classic trials are on public roads, the observed sections (where the action takes place), are generally on unsurfaced lanes and tracks. Most of our observed sections are on public highways and legally open to motorised vehicles (Byways Open to All Traffic or Unclassified County Roads), or on private land. A small number are on Restricted Byways or Bridleways which we are allowed to use under the provisions of Section 33 of the Road Traffic Act 1988, but only with the permission of the landowner and the Local Authority.

Motorsport UK and ACU requirements for public relations are even more stringent for unsurfaced lanes and tracks than they are for public roads. Extensive local consultation is always necessary before any unsurfaced public highway is used for one of our events. All classic trials clubs, including the MCC, have rules which ban practising on observed sections between events. These requirements, rigidly enforced by both the clubs and Motorsport UK/ACU, ensure that classic trials are welcomed in many rural communities.

All motorsport events are regulated and controlled by Motorsport UK (for car events) and the ACU (for motorcycle events). Both organisations have strict requirements for public relations both before and after the event.

Trials are run under rules that restrict average speed to 30 mph or less (trials are not races)... The MCC demands, in addition, strict adherence to minimum noise levels, the use of dipped headlights in rural areas, and observance of all speed limits.

The MCC also advises against competitors travelling in large groups, stopping in sensitive areas, depositing mud on the road, and dropping litter. Competitors are required to follow the Country Code, giving way to walkers and horse riders and shutting gates when required to do so.

We even have a proven system of travelling marshals to enforce adherence to our rules with the possibility of exclusion from our events for those who flagrantly disobey them.

Our routes are selected to cause minimum disruption to those in isolated areas, and to the residents of the villages through which we pass. The club has also forged close links with rural communities, examples of which include the use of the Parish Hall at Ilsington during the Exeter Trial, the ‘Ladies of Sutcombe’ who provide hot coffee and cakes during the Lands Trial, and the village of Hollinsclough which welcomes us during the Edinburgh Trial.

In all three examples, MCC competitors contribute substantial sums to village funds every year. As a result many people see our trials as part of their local heritage, something to be cherished, and look forward to our annual visit with enthusiasm.

MORE ABOUT THE LAND'S END TRIAL 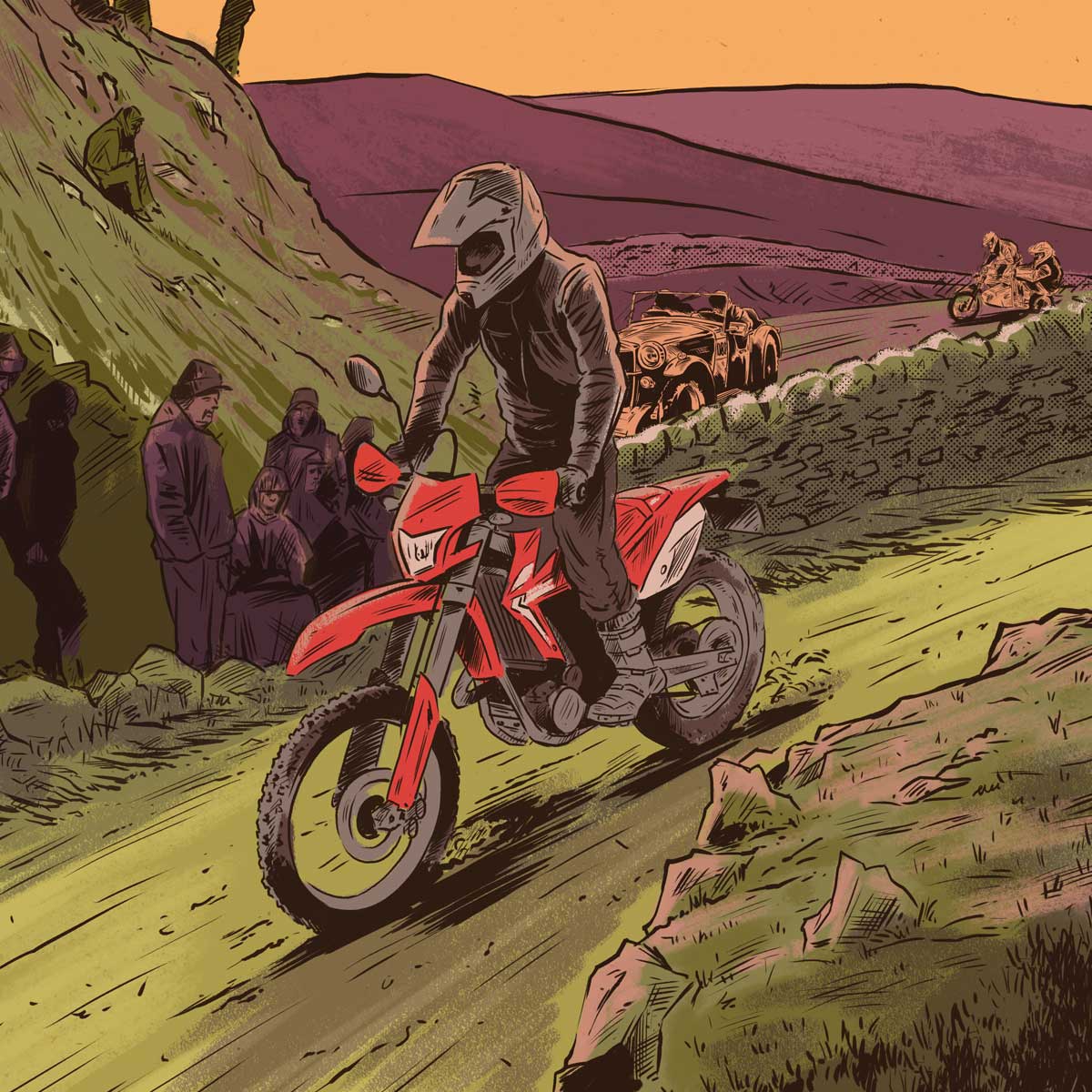 MORE ABOUT THE EDINBURGH TRIAL 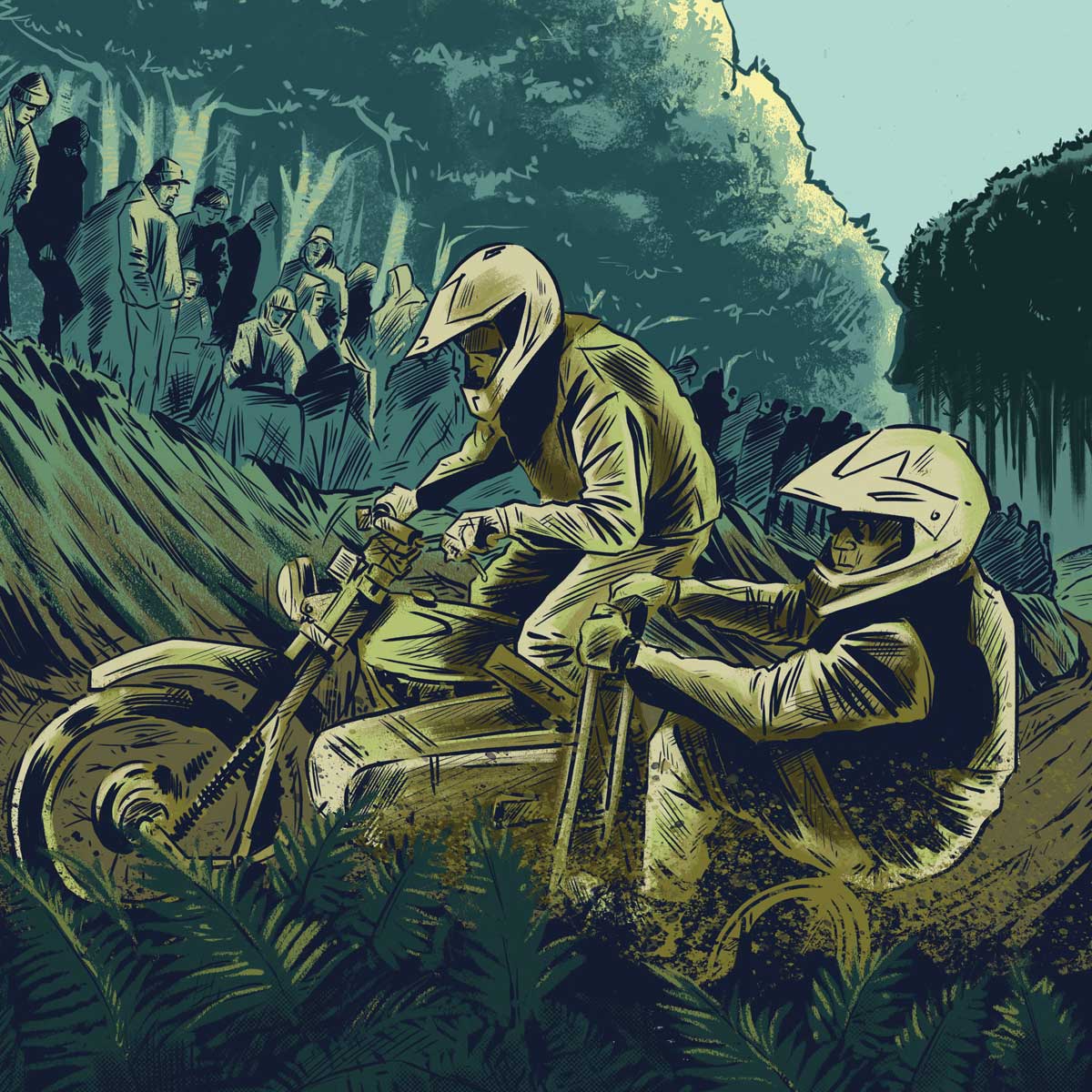 MORE ABOUT THE EXETER TRIAL